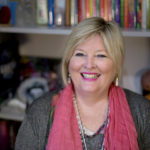 Shakti Durga is a gifted and engaging public speaker. She provides insights and wisdom through stories of her life and work, with a frankness and honesty that is accessible and entertaining. She exudes humility, simplicity and authenticity that engages and moves audiences. She sparks curiosity, ignites the spirit and inspires people to believe that life transformation is not only possible, but that we have the tools to achieve this in our hands.

Shakti Durga and Shanti Mission America have participated in many written articles, interviews and other media projects designed to bring more love and empowerment into the world. Click the links below to view each article.

Samples of previous articles and interviews

The Indian Weekly – Solutions to Being Too Busy – 12 September 2014